What is the highest amount ever paid for a painting:

At present, the highest amount ever paid for a painting is $140 million. The painting was sold in 2006 by David Geffen in a private sale and the new owner is said to be unknown but is rumoured to be a Mexican businessman by the name of David Martinez. The painting is a 4ft x 8ft piece of fiberboard covered with thick amounts of brown, grey and yellow paint drizzled from the top and is by the well known American abstract expressionist artist, Jackson Pollock.

What are the oldest paintings known to man:

The oldest paintings known to man are said to be in the Chauvet caves in Southern France. The paintings are believed to be over 30,000 years old. The Chauvet caves contain over 400 painted or engraved images of animals from the prehistoric period along with what is believed to be the some of the earliest painted representations of the female form. Possibly the first figurative art ever produced by man.

Who is the highest insured female: 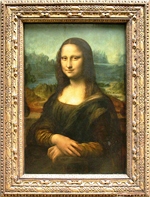 The highest insured female is not an actual person but is, in fact, the Mona Lisa painted by Leonardo Da Vinci which hangs in the Louvre in Paris France. She is insured for an estimated $730 million

Free Projects and information.
How to draw and paint-Free art lessons-drawing tutorials and Airbrushing lessons.

Learn to draw and paint.
Tutorials for artistic beginners up to advanced levels

Browse below to find great lessons on how to draw and paint with tutorials on basic sketches to finished works of art. Within our list, there's also a tutorial on airbrushing containing free airbrush lessons, airbrush videos, how to articles and custom painting tutorials to help you achieve your artistic goals.

If you have a site or know of a site that you feel deserves a place within our Learn to draw and paint. list please feel free to Suggest a link

Art Courses-Art Workshops
About us.

For 70% 0ff: Use discount code ARTSCRAFTSHOBBIESDIY461