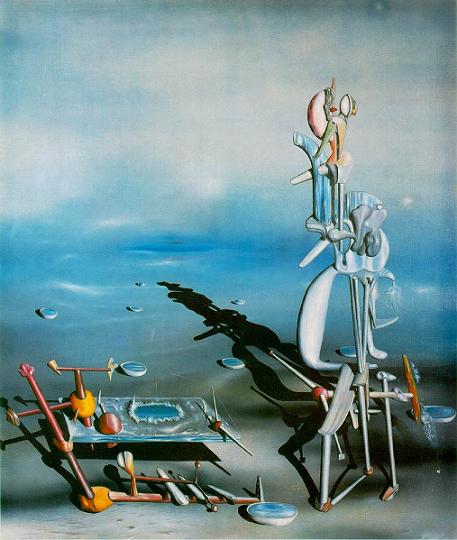 Raymond Georges Yves Tanguy was born on January 5, 1900, in Paris in the Navy Ministry where his father Felix, a retired Navy captain lived and worked as a warrant officer after spending many years in service at sea.

His father was married to a girl from Locronan who had already borne three of his children. In 1903 his father was assigned to the hydrographic side of the navy resulting in the young Tanguy spending most of his childhood living at 13 rue de l'Universite.

Both his parents originated from Breton, France and so after his father's death in 1908, his mother moved back to her native Locronan, Finistère, where she was forced to ask for and obtain the licence of a tobacco shop. As a result of this, he spent most of his youth living with various different relatives and he was entrusted for four years to relatives living in Plestin Les Grèves, on the Côtes d'Armor. As a teenager, he eventually returned to Paris and entered Secondary School at Lycée Montaigne in 1912 and then further pursued his studies at Lycée St Louis. When in 1916 his mother retired at the Prieuré, an ancient house in Locronan, Yves remained in Paris on Coëtlogon street in the Sixth Arrondissement, under the supervision of his sister Emilie who was a teacher.

He joined the merchant navy in 1918 but this only lasted for a short while before being drafted into the Army, While in the army he became friends with Jacques Prévert, a French poet and screenwriter who would later be instrumental in his career. In 1922, he returned to Paris after finishing military service and worked various odd jobs.

By chance, he stumbled upon a painting by Giorgio de Chirico who was an influential pre-Surrealist and was so deeply impressed by his work that he decided to become a painter himself despite the fact that he had had no formal training. During 1924 his friend Jacques Prévert introduced him into the circle of Surrealist artists which centred around André Breton a French writer, poet, and surrealist theorist, who is best known as the main founder of surrealism. Tanguy had a habit of being completely absorbed by the current painting he was working on. This way of creating artwork might have come about due to his very small studio which could only comfortably have enough room for one wet piece. Later, he was perceived by his friends and fellow artists as a Breton infused with a Celtic imagination, according to the Abridged Dictionary of Surrealism. In fact, he was very attached to Locronan and the beaches of Douarnenez where he joyfully spent his holidays.

He quickly began to develop his own unique painting style and in 1927, in Paris France, he gave his first solo exhibition. Later that year he also married his first wife. It was around this time also that he received his first contract which was for 12 works a year from Breton, but he could only manage to paint 8 works for him as he was on a fixed income.

In 1928 His work along with several other surrealist artists the likes of Jean Arp, Pablo Picasso and others were exhibited at the Galerie au Sacre du Printemps in Paris. During the 1930s he continued to exhibit his work in Paris, New York, Brussels and London, however, being greatly affected by the war, and the disappearance of his brother Henri he took to alcohol and the bohemian lifestyle associated with a struggling artist which ultimately led to the failure of his marriage.

He was introduced to Kay Sage in 1938, a fellow artist, by her friend Heinz Henghes a British sculptor. He held her work in high regard and they soon began a relationship. Following the outbreak of WWII Sage, being born in Albany, New York moved back and arranged for several of her French fellow artists to take refuge in America. Yves went with her and eventually after being together for two years, they were married on August 17th 1940. The couple eventually moved to Woodbury, Connecticut where they were able to convert an old farmhouse into a studio. This was to be the place they would spend the rest of their lives together.

In 1942 he took part in the artists in exile exhibition at the Pierre Matisse Gallery in New York. Then in 1947 he exhibited in the exhibition Le Surréalisme en 1947 in the Galerie Maeght Paris, which was organised by Breton and Duchamp. In 1948 being the husband of an American citizen he was able to obtain citizenship to the USA. During 1953 he visited Rome, Milan, and Paris were he exhibited in solo shows. In 1954 he and his wife exhibited together at the Wadsworth Atheneum in Hertford. He also appeared in a film by Hans Richter called 8 x 8.

Sadly in January 1955 he suffered a stroke and died at Woodbury. He was cremated and his ashes preserved until the death of his wife. Eight months after his death a retrospective of his work was shown at the Museum of modern art in New York. In 1963 after completing a catalogue of her husbands work and being almost blind Kay Sage committed suicide. Her body was also cremated and together their ashes were scattered by his friend Pierre Matisse on the beach at Douarnenez which he loved so much in his beloved Brittany. 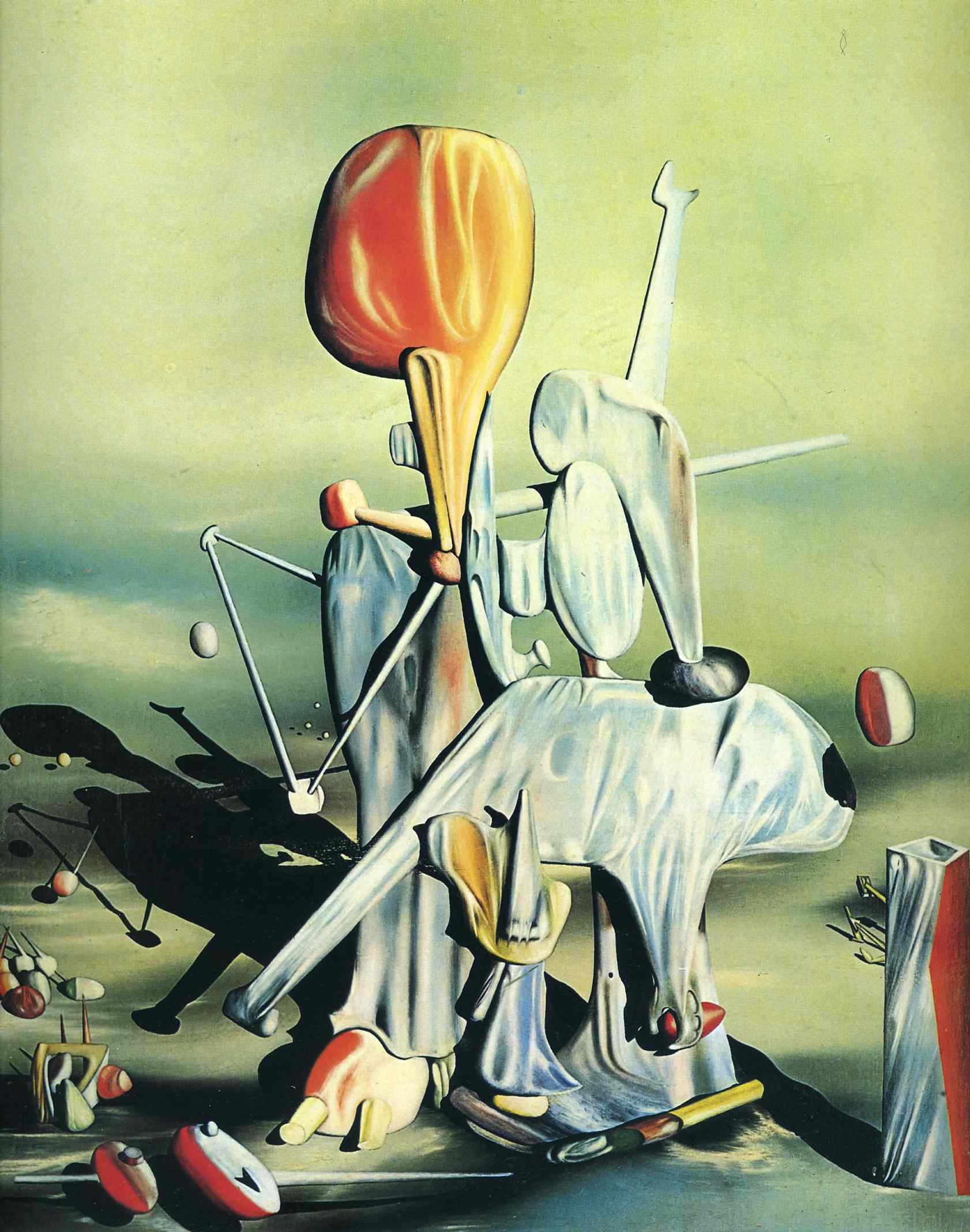 Through birds, through, fire but not through glass. 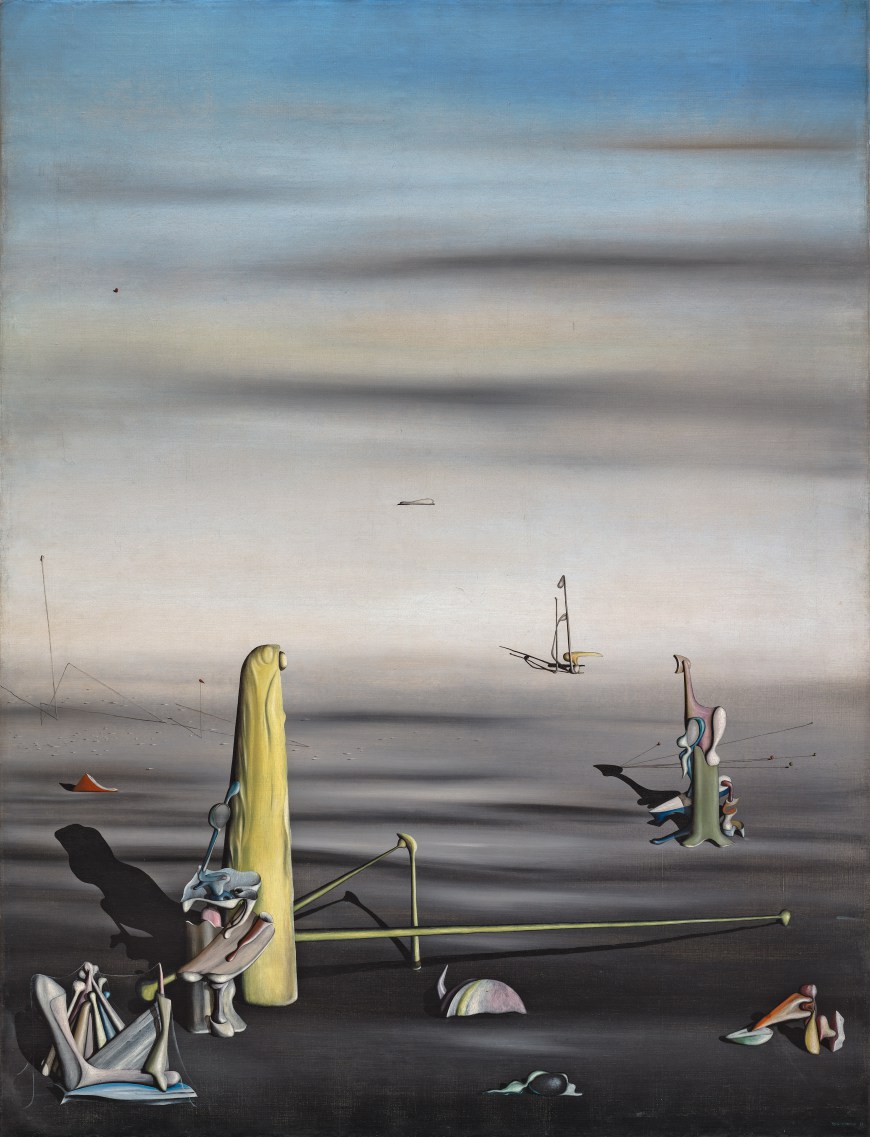 The sun in its jewel case. 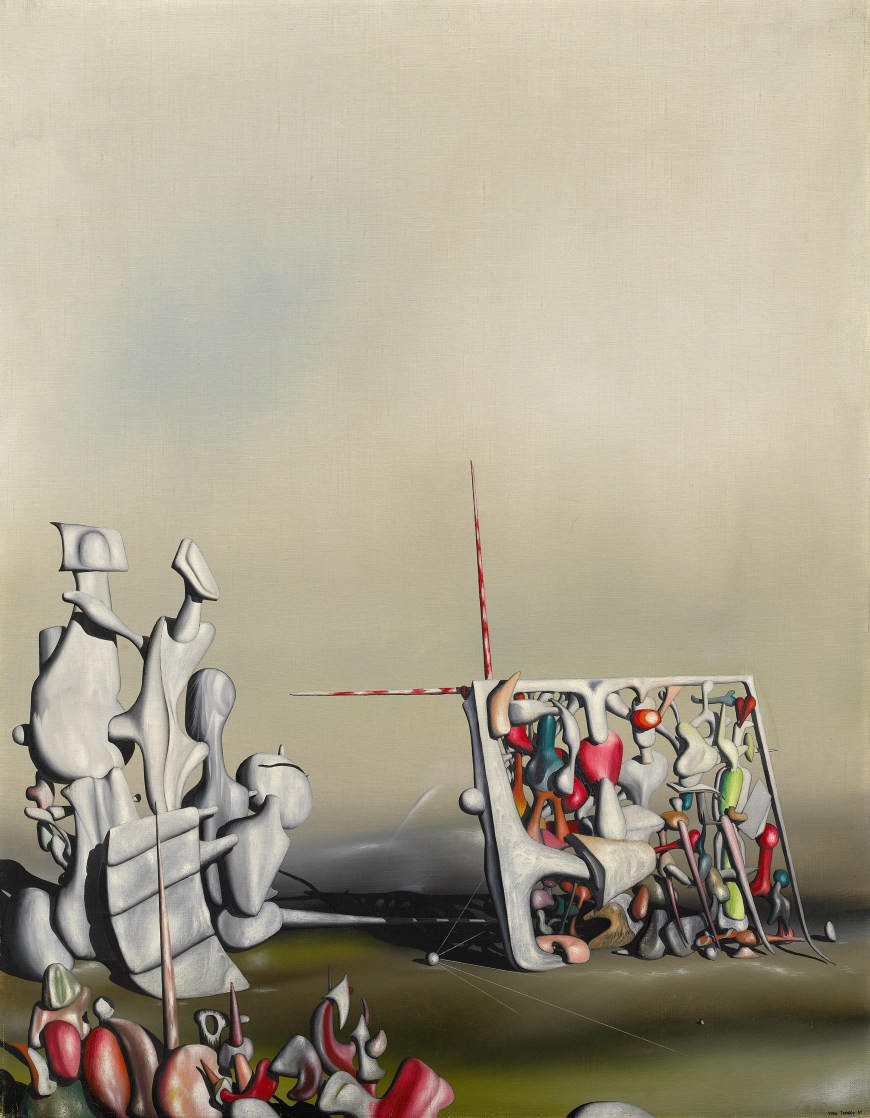 The motion has not yet ceased. 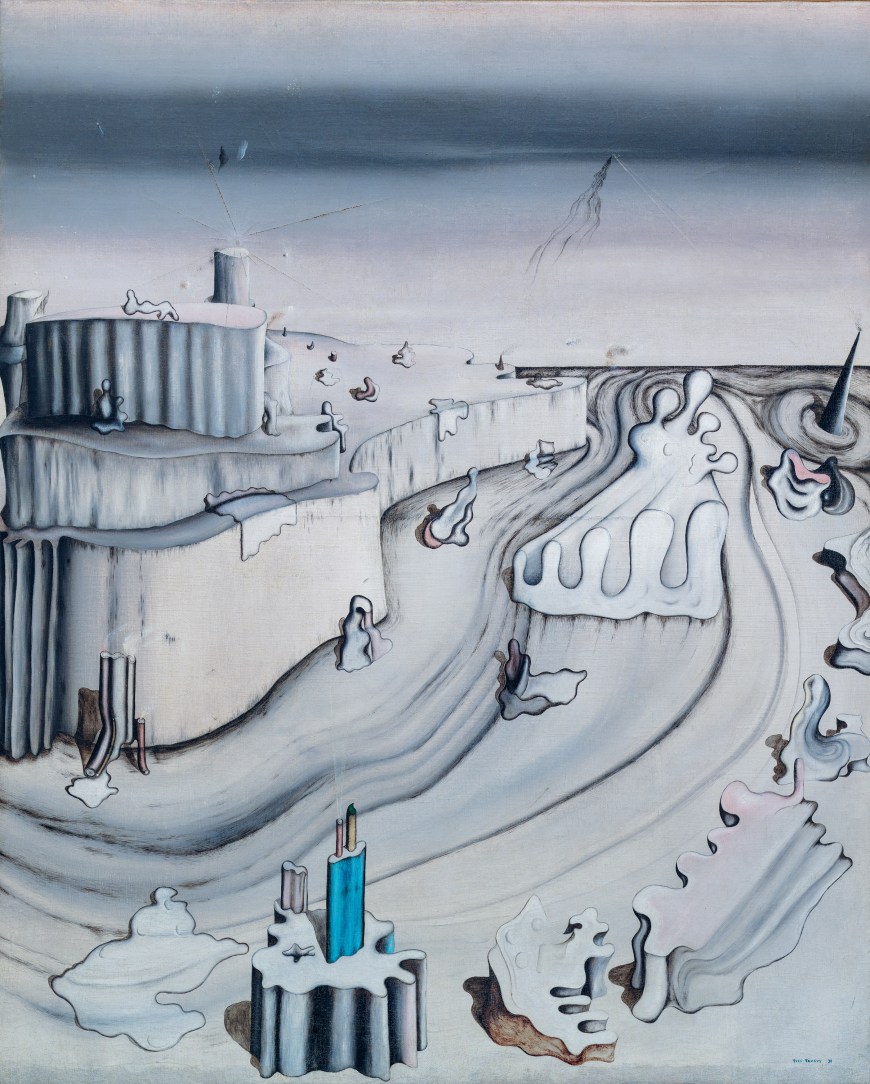 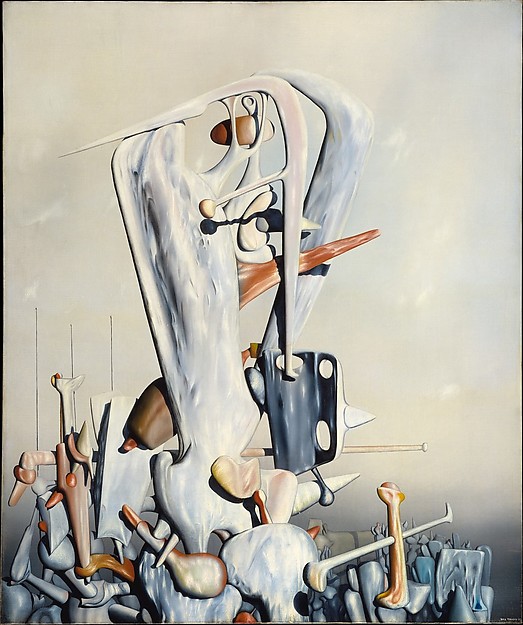