how to draw fantasy art.

The ears of the Na'vi; are a prominent feature as they visibly protrude from the head. They are long and pointed much like a bat and are translucent in certain light. They are also partly mobile which is also similar to a bat. If you already know how to draw pixie or elves ears then you are half way there. Neytiri, who is the daughter of the chief has a tribal ring in her ear as shown in the sketch but this is not always the case for the other Na'Vi.

To draw Na'Vi ears you will first need to sketch a rough outline to the shape you require as shown in the examples below. Try to imagine that you are drawing a leaf. The next thing to do is to lightly shade a rough outline to the shape of the inner ear. By shading the line rather than actually drawing the line I find I can get a more convincing outline as a sharp line tends to make the ear look 2 dimensional.

Once you have set your ear out the next thing to do is to gradually begin shading the ear taking into account its shape and from where the light is coming from. The Na'Vi ear has a thin membrane of skin so it appears more translucent toward the tip so don't shade too heavily. When shading always try to shade to the shape of the ear rather than just shading randomly as this will help with the overall look of the finished ear and give it more depth.

The Na'Vi ear characteristics are very similar to elves ears and pixies ears so here are some samples of my own attempts to help you on your way. 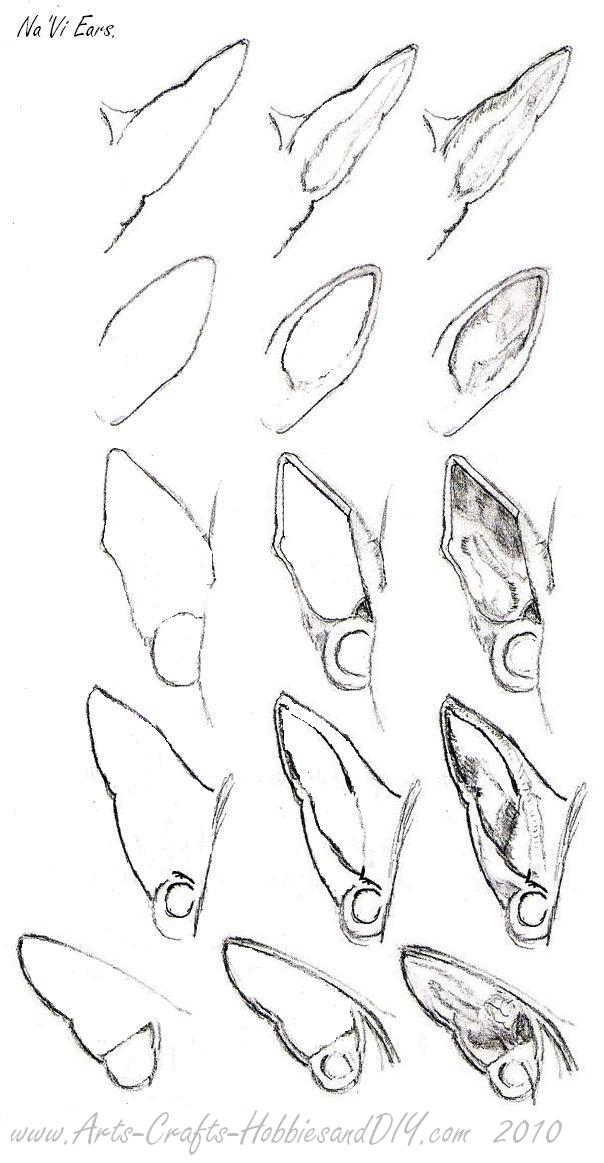 How to draw science fiction.